Joe Lefeged gets his first NFL career interception in the Indianapolis Colts' Sunday night game versus the Pittsburgh Steelers.
The interception happened inside the 2-minute mark of the first half with the game tied at 10. Pittsburgh quarterback Ben Roethlisberger was looking to pass to Emmanuel Sanders who was streaking up the hash mark before breaking into a post. Lefeged intercepted the ball by around mid-field and returns in to the 25 yard line. The Colts ended up settling for a field goal from that interception. The Steelers prevailed in the end, winning 23-20.
Lefeged also returns kicks for the Colts. He has 165 yards in seven returns.
Joe Lefeged is an undrafted rookie coming out of Rutgers University in Piscataway, NJ. He captained the Scarlet Knights where he starred at safety and returning duties. Lefeged is a 2007 graduate coming out of Northwest High School in Germantown, Md. He helped lead the Jaguars to a 12-1 record and was named Washington Post All-Met Defensive Player of the Year during his senior year. He played his first three years of high school at the Bullis School in Potomac.
Link: video of Joe Lefeged's interception via NFL.com 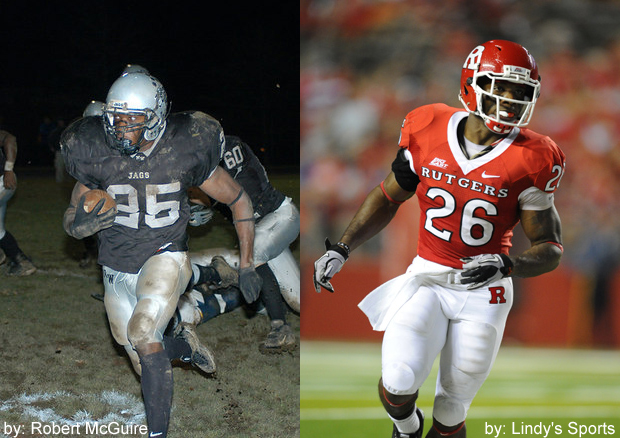